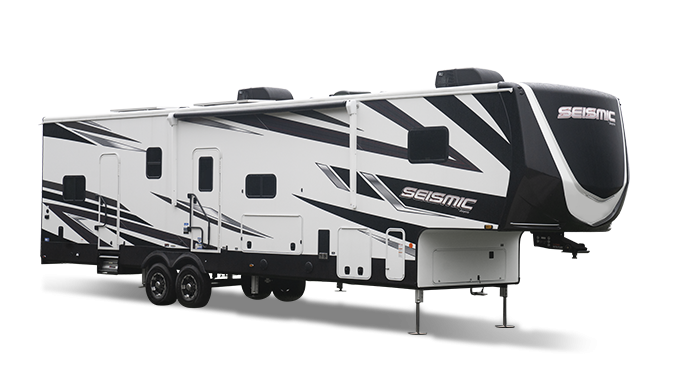 Our mid-level entry to our Seismic Luxury Series, the Seismic toy hauler offers a slightly lower weight option at a lower price point while maintaining the ability to sleep in comfort and bring all the toys along for the ride. The 102” wide body design includes a standard ramp patio with rear steps, three seasons room that separates the garage, and a 5.5K generator that is usually only an option on competitor models. The six-point hydraulic landing gear provides more power and speed than traditional electric, while Goodyear Beast tires help take you where you want to go. 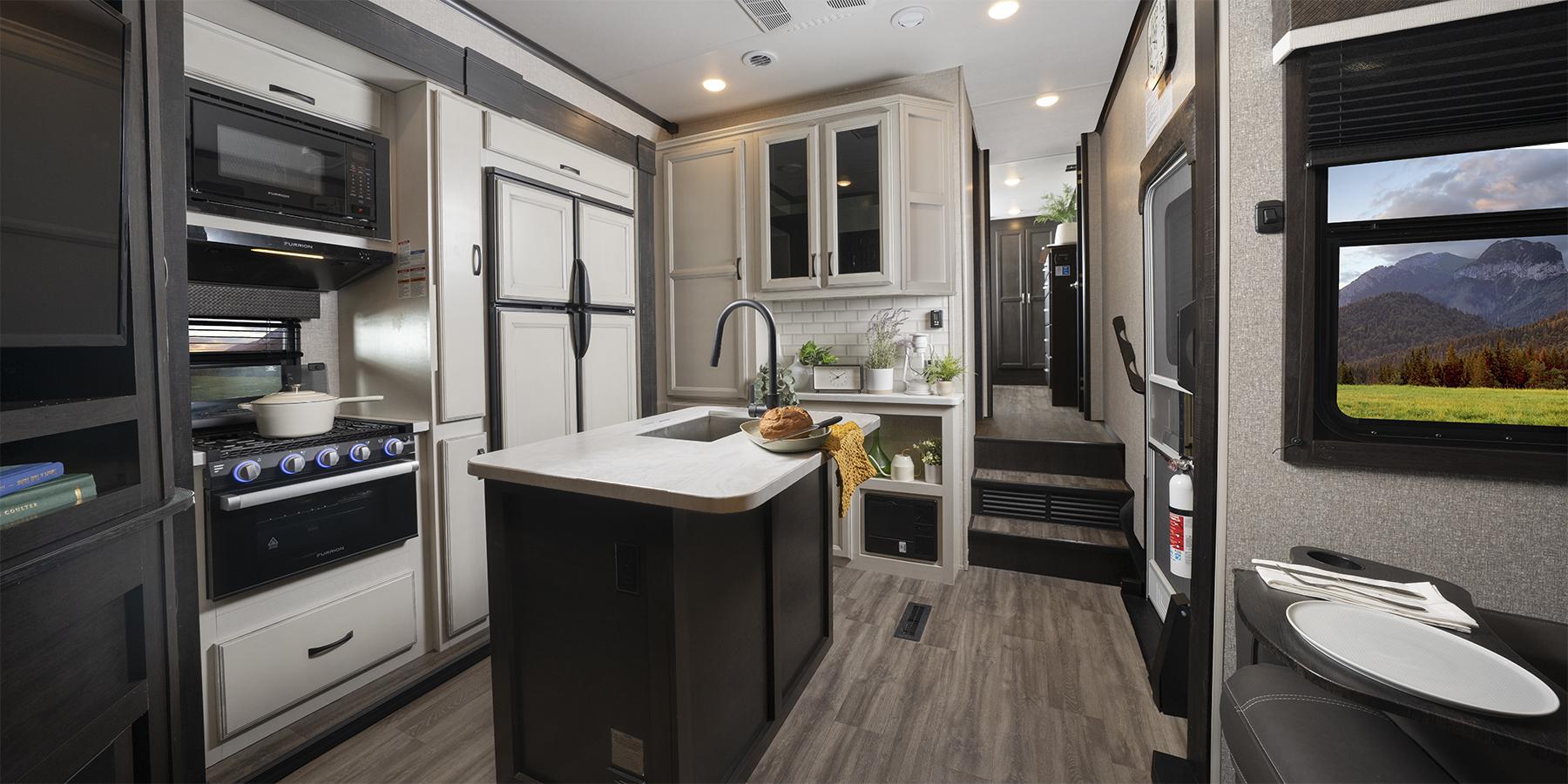 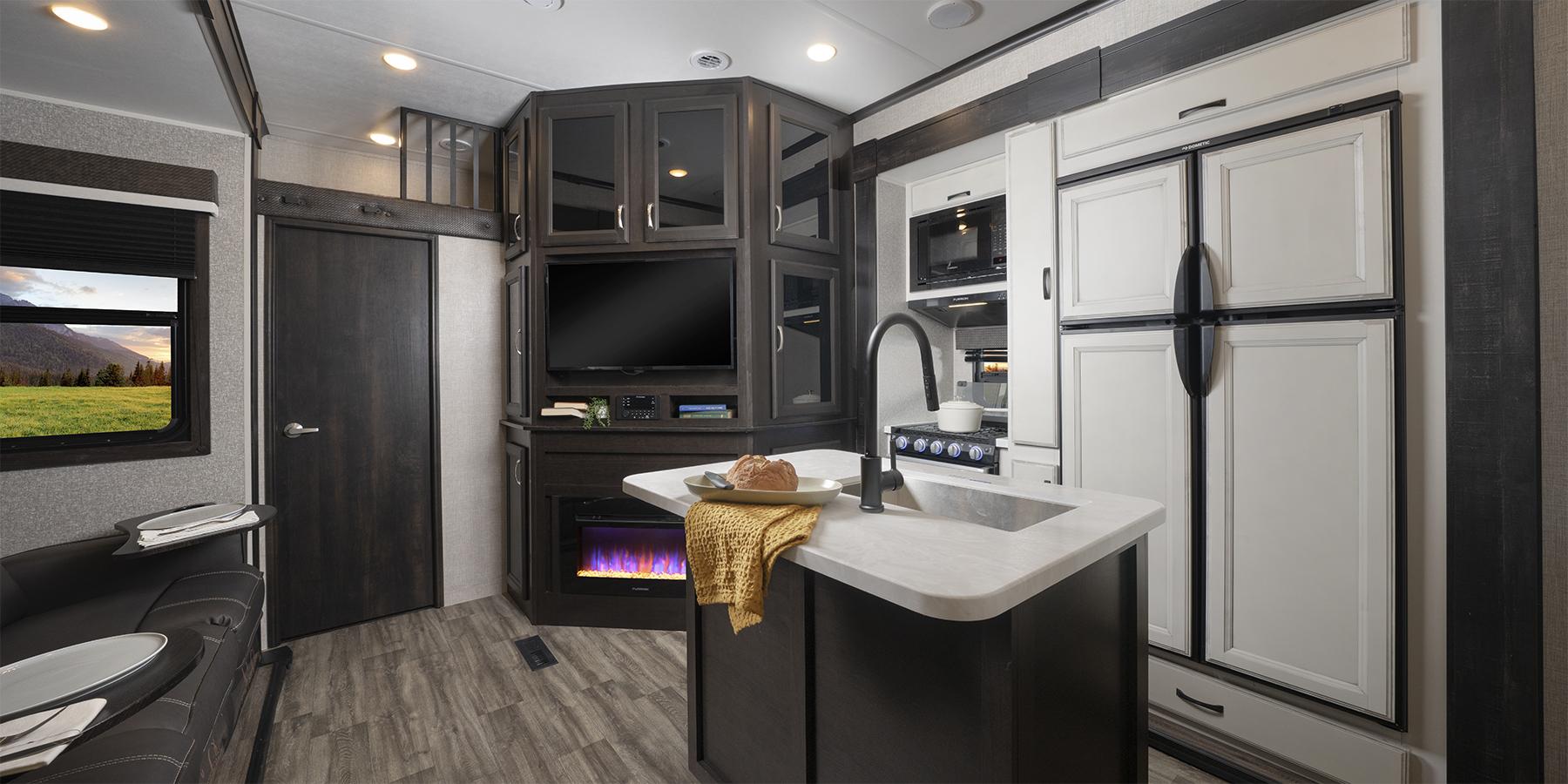 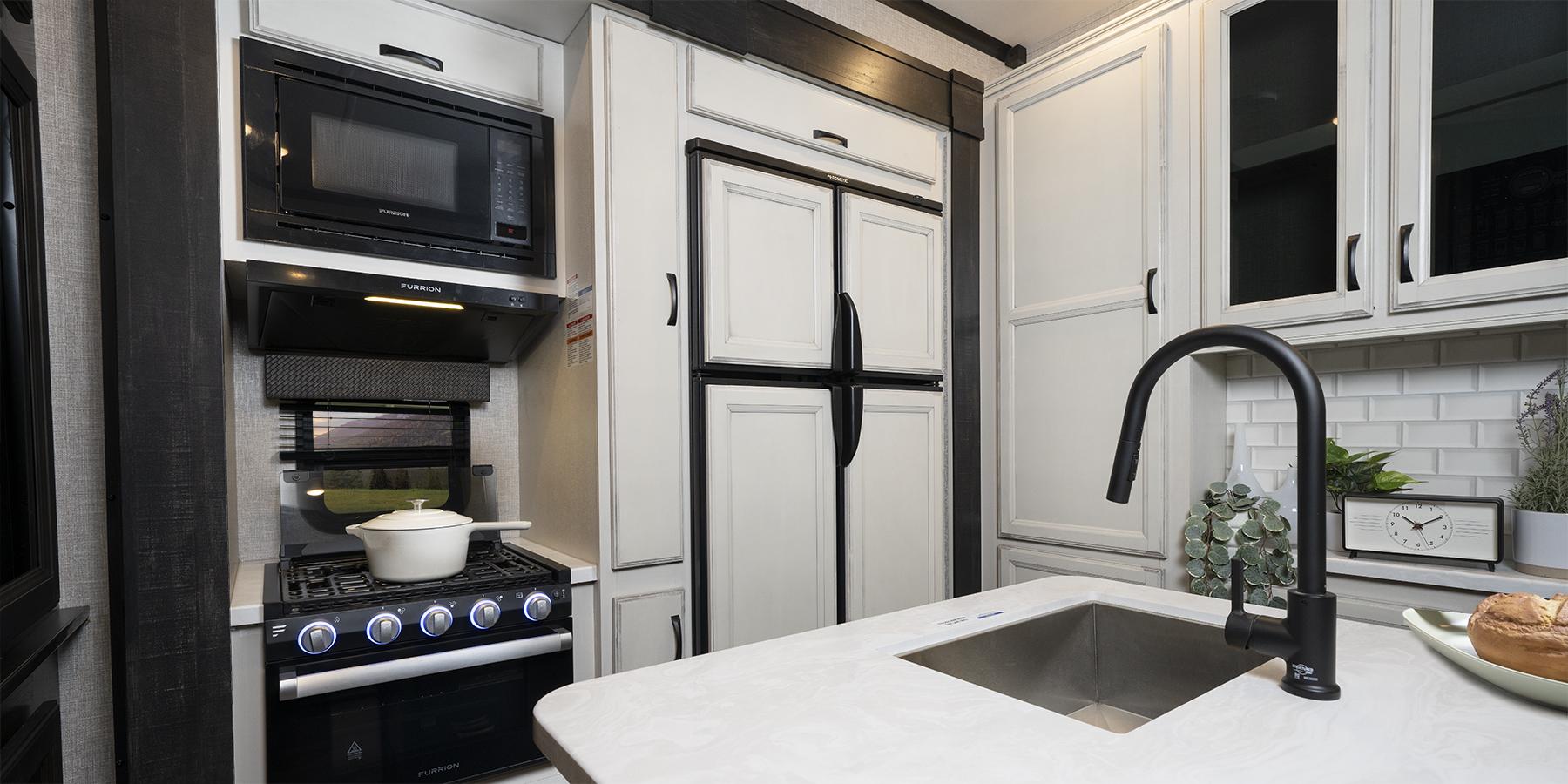 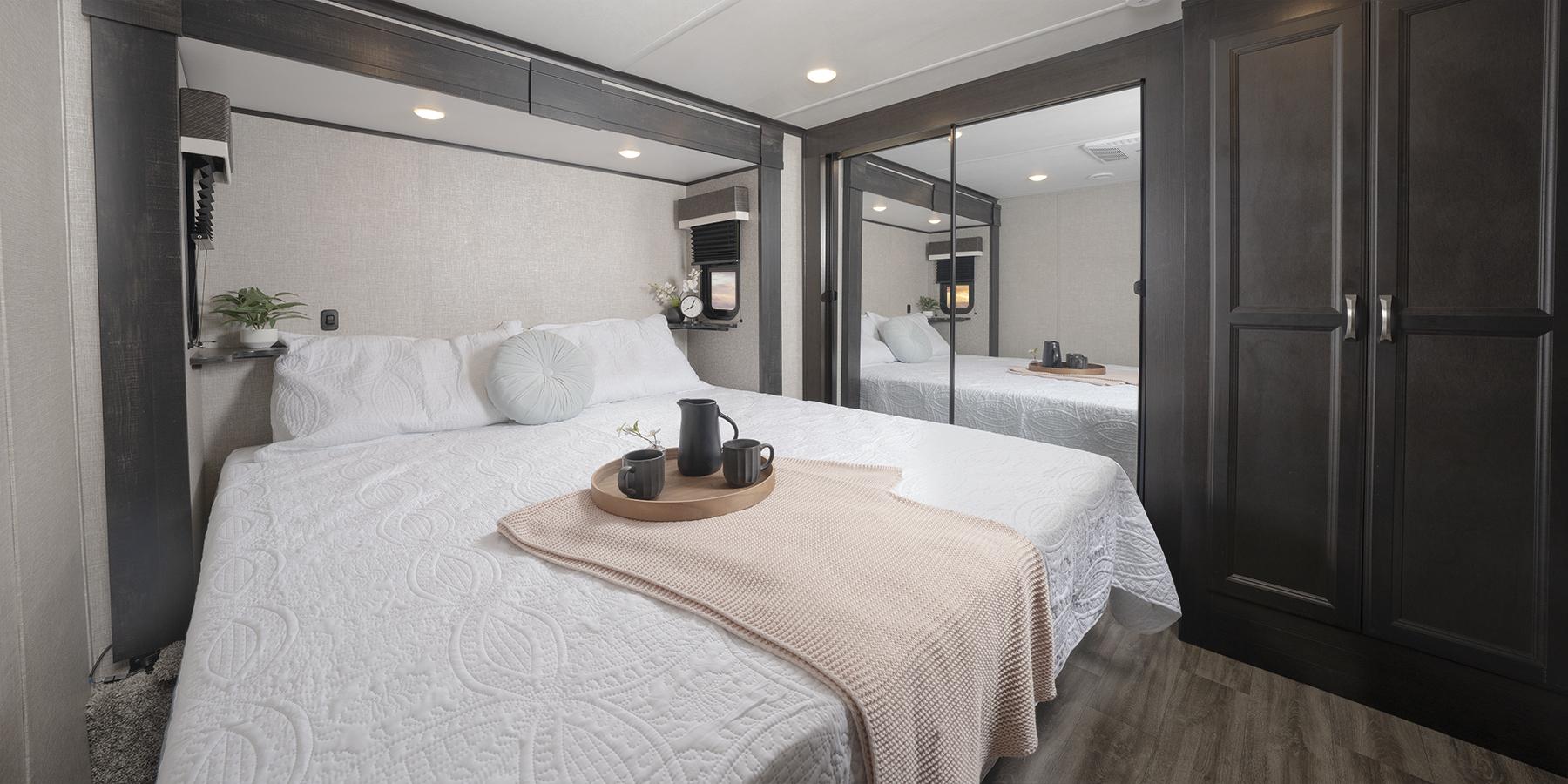 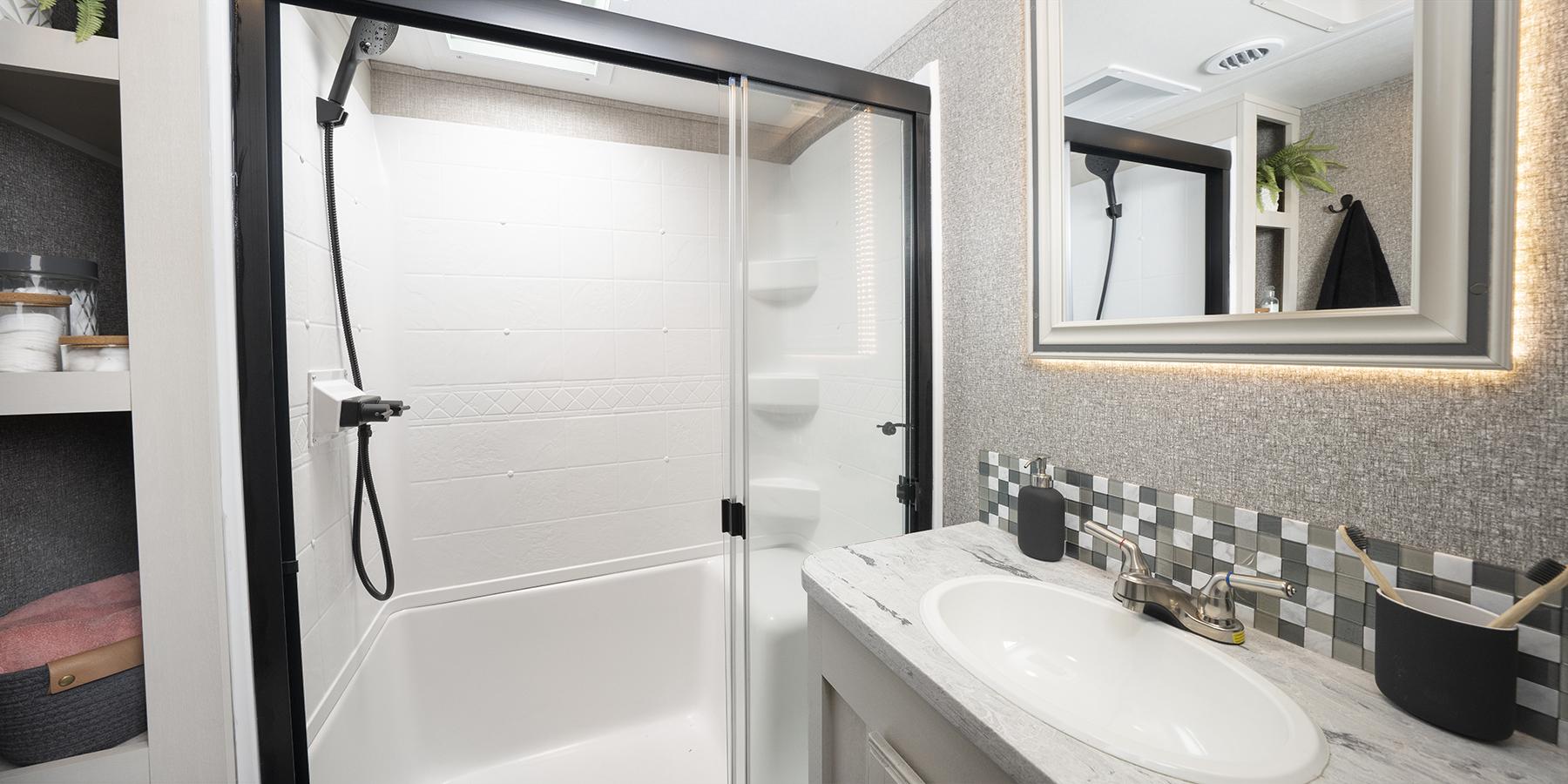 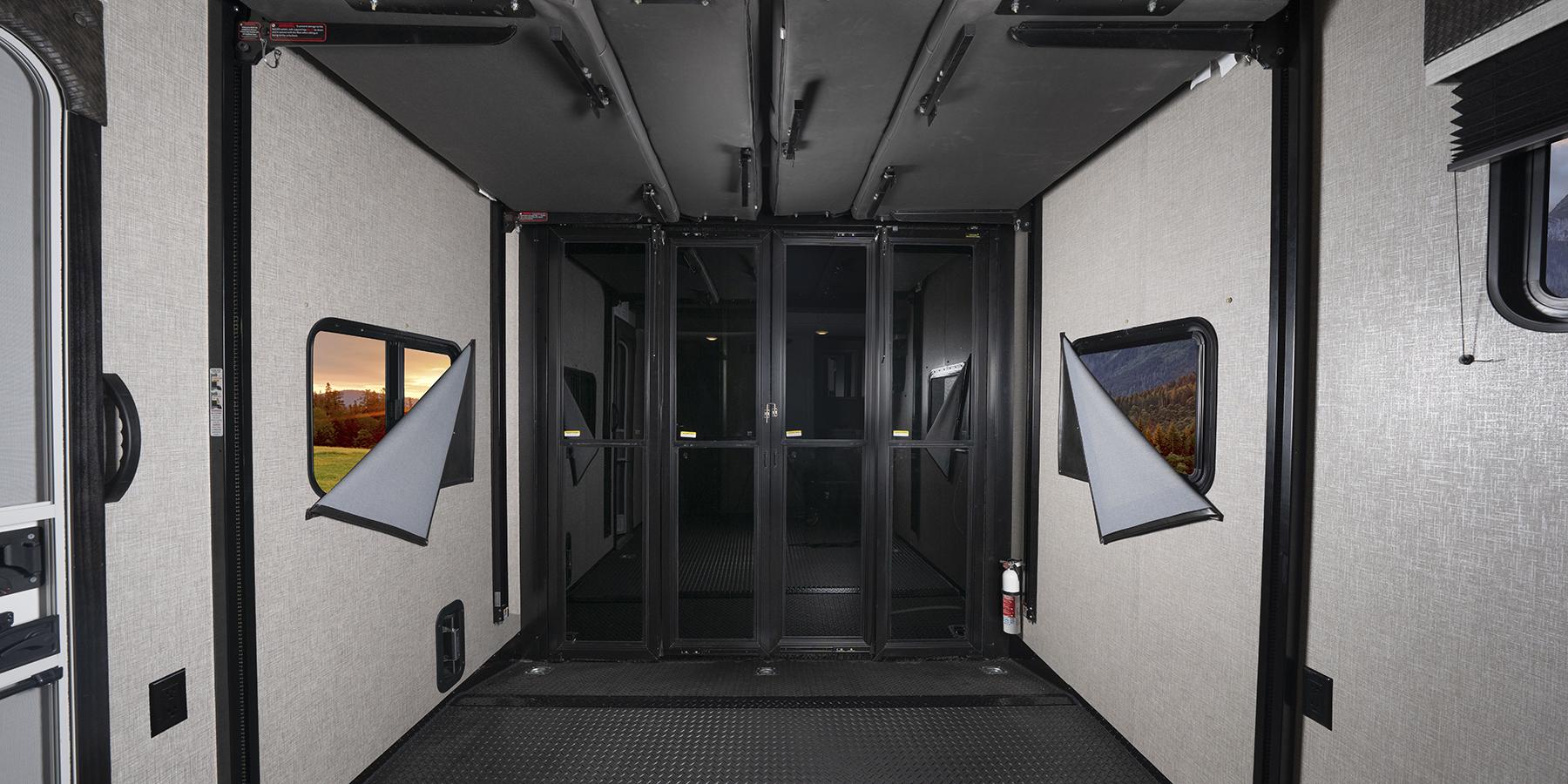 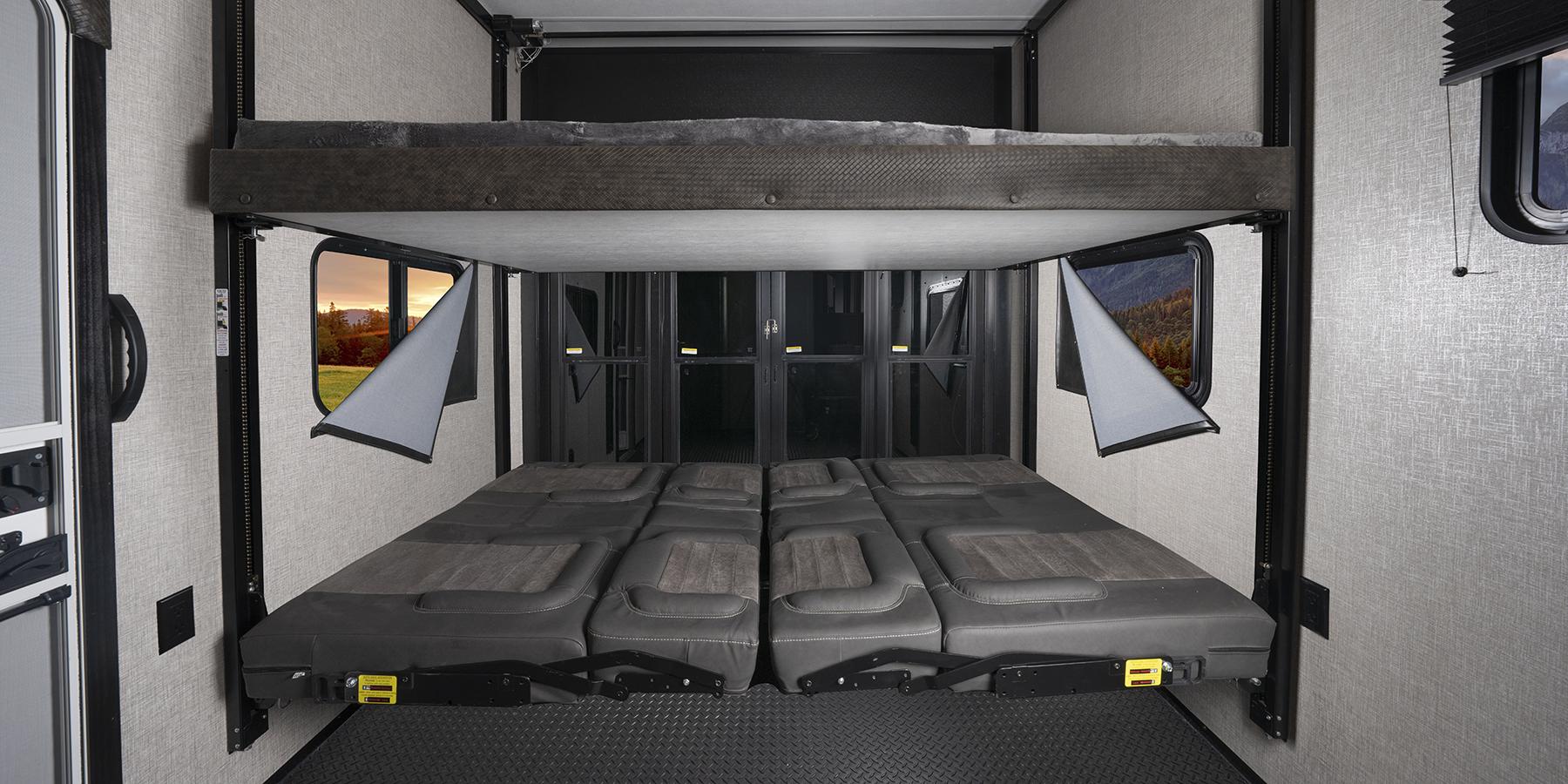 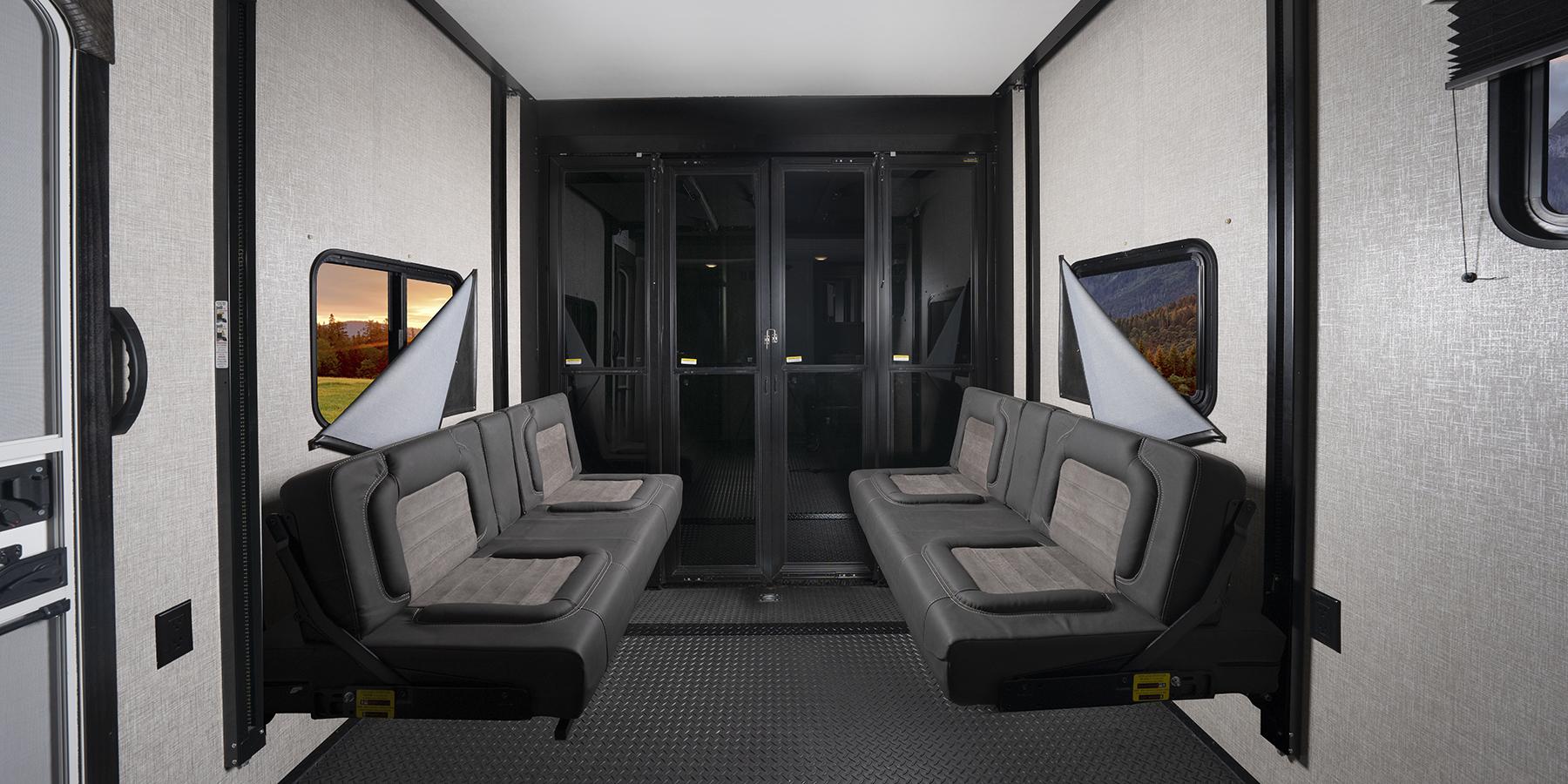 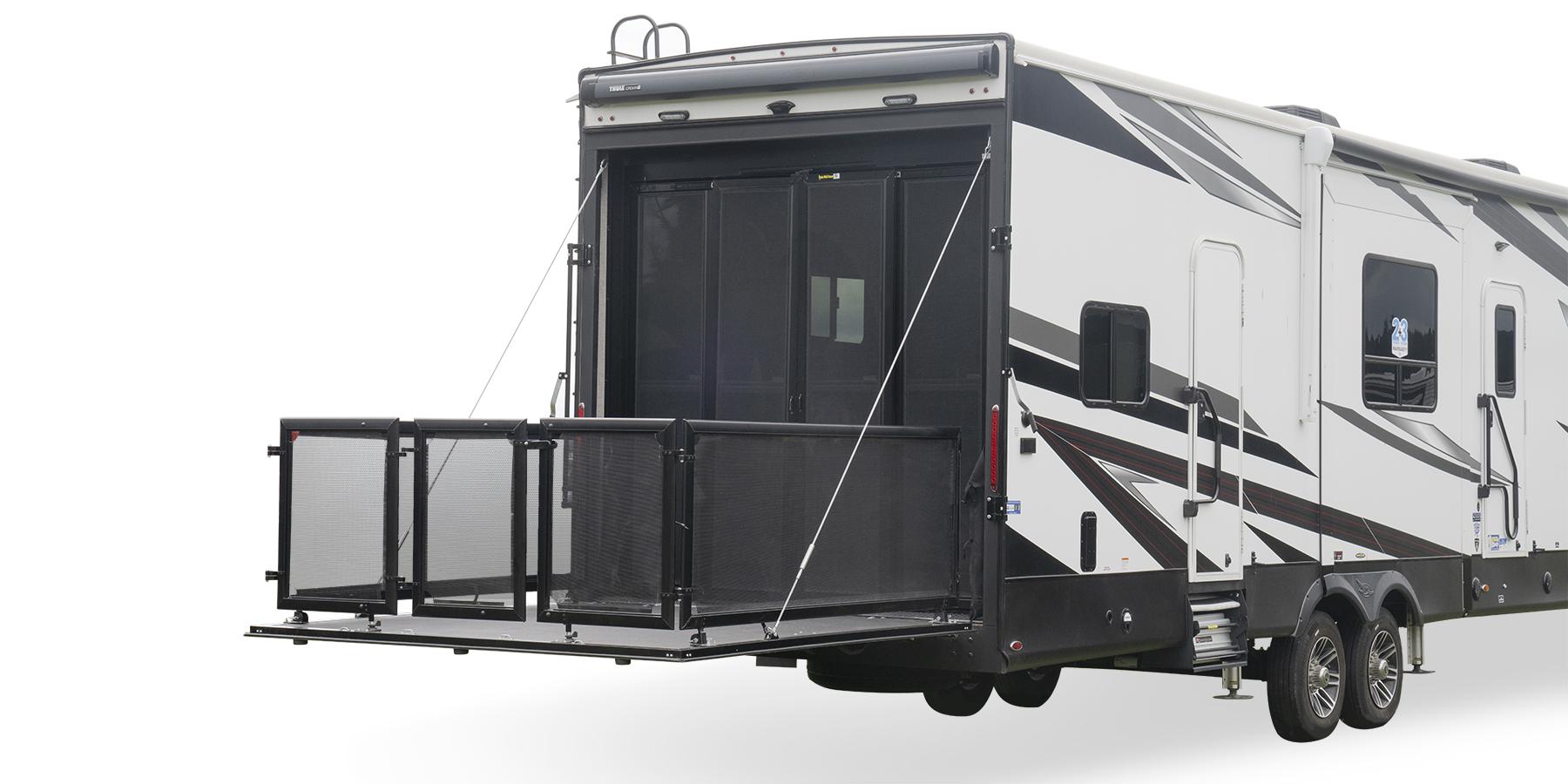 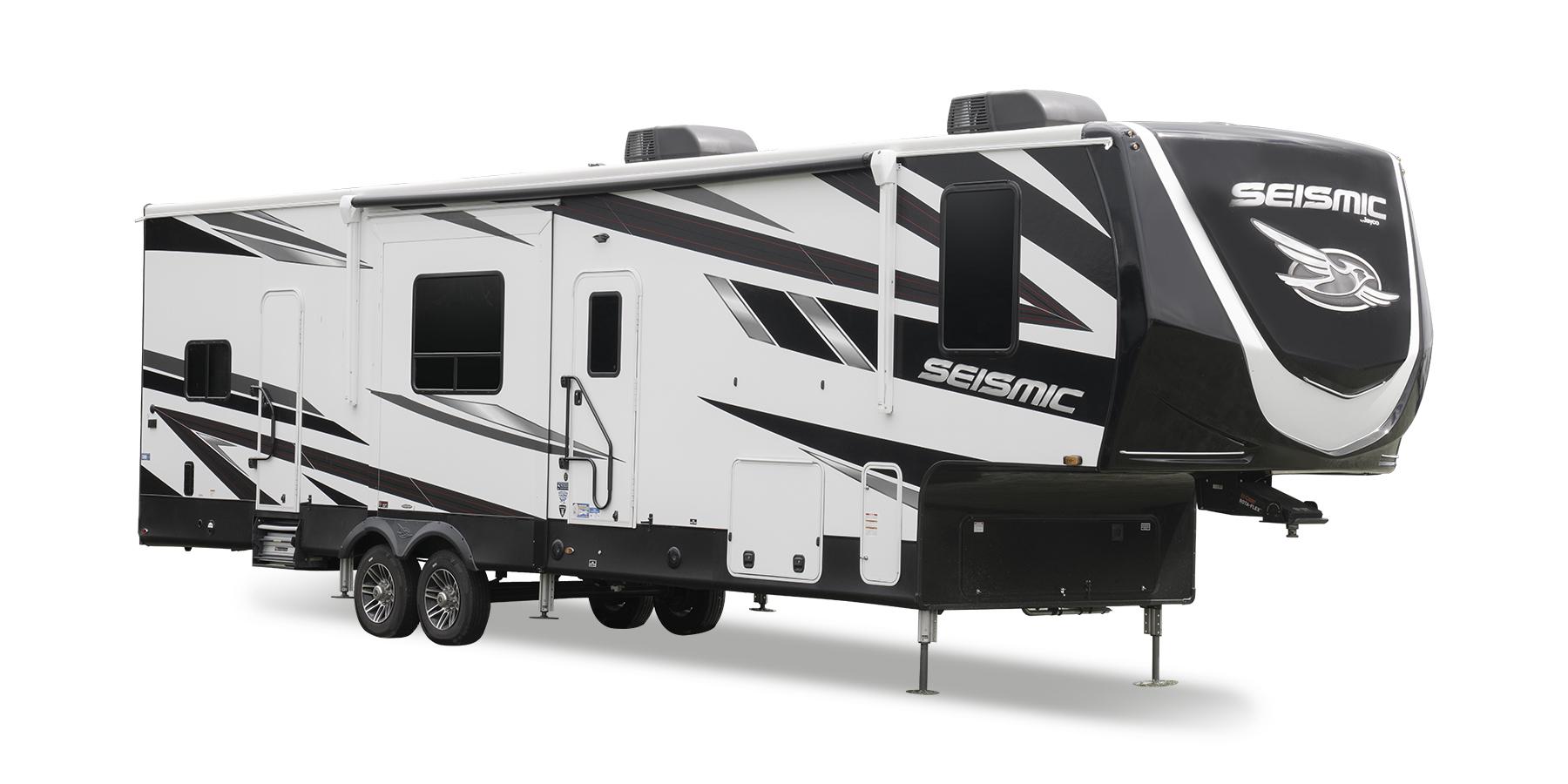 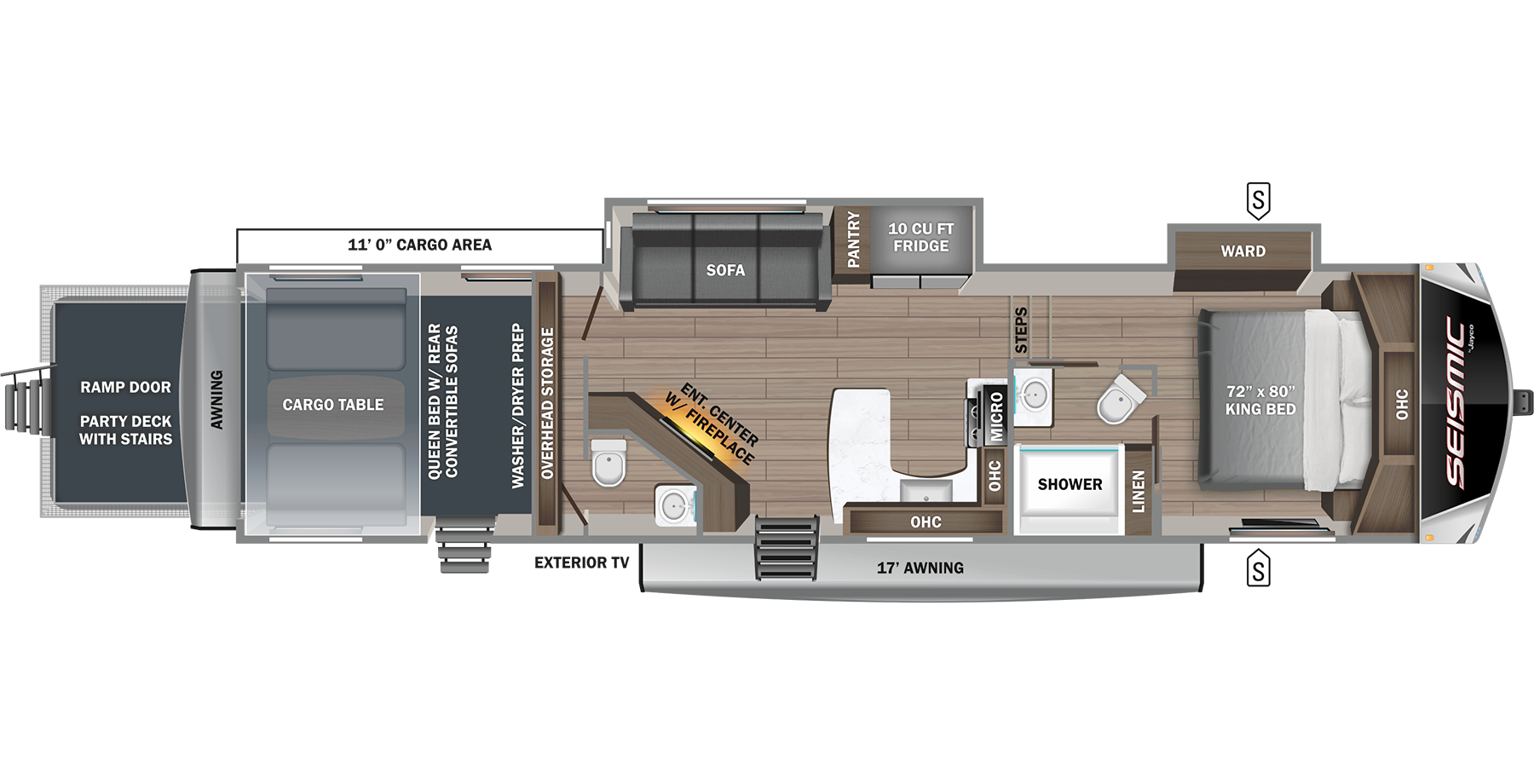 Seismic floorplans are available with 11’ through 13’ garages. Half baths near the garage are handy for cleaning up after an afternoon outside adventuring in a side-by-side or canoe. Whatever your preference, Seismic is the perfect basecamp for all your adventures. 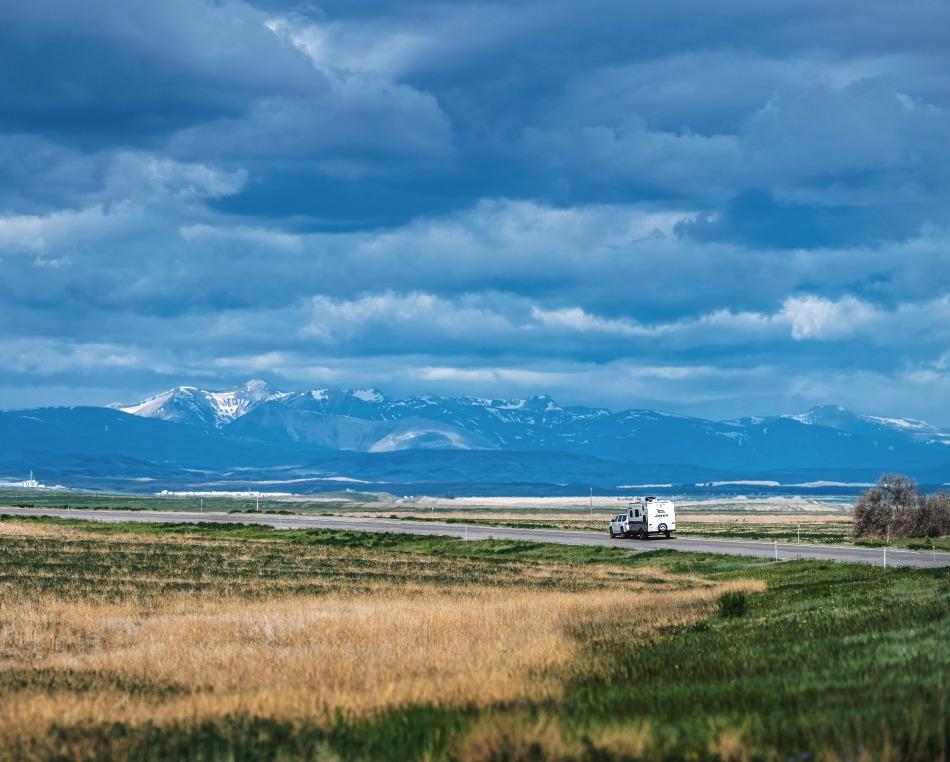 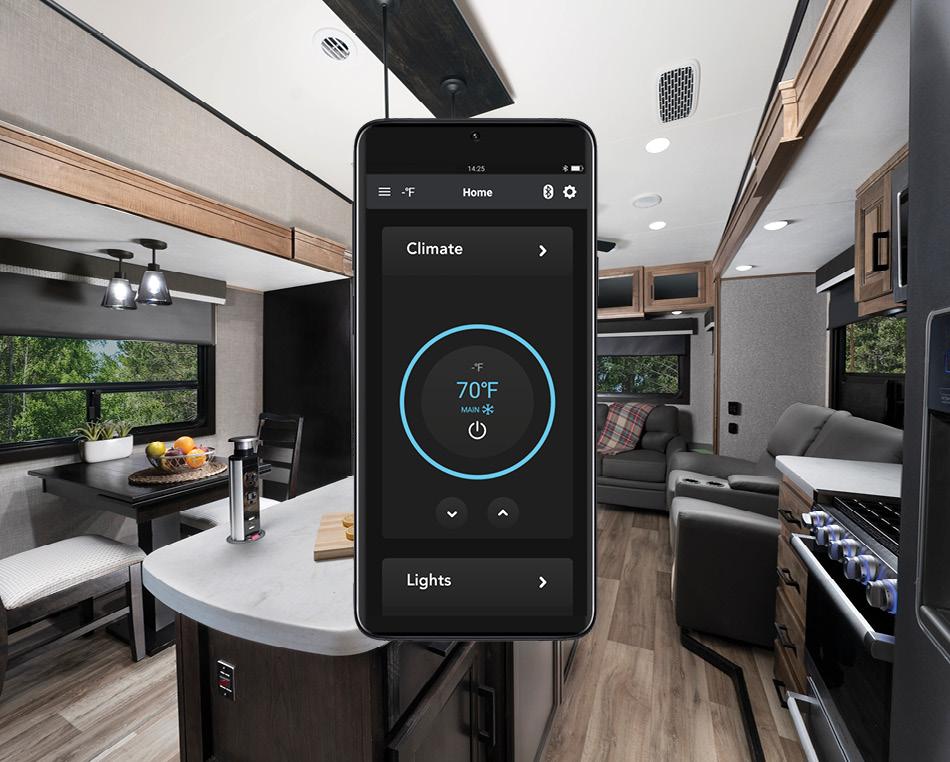 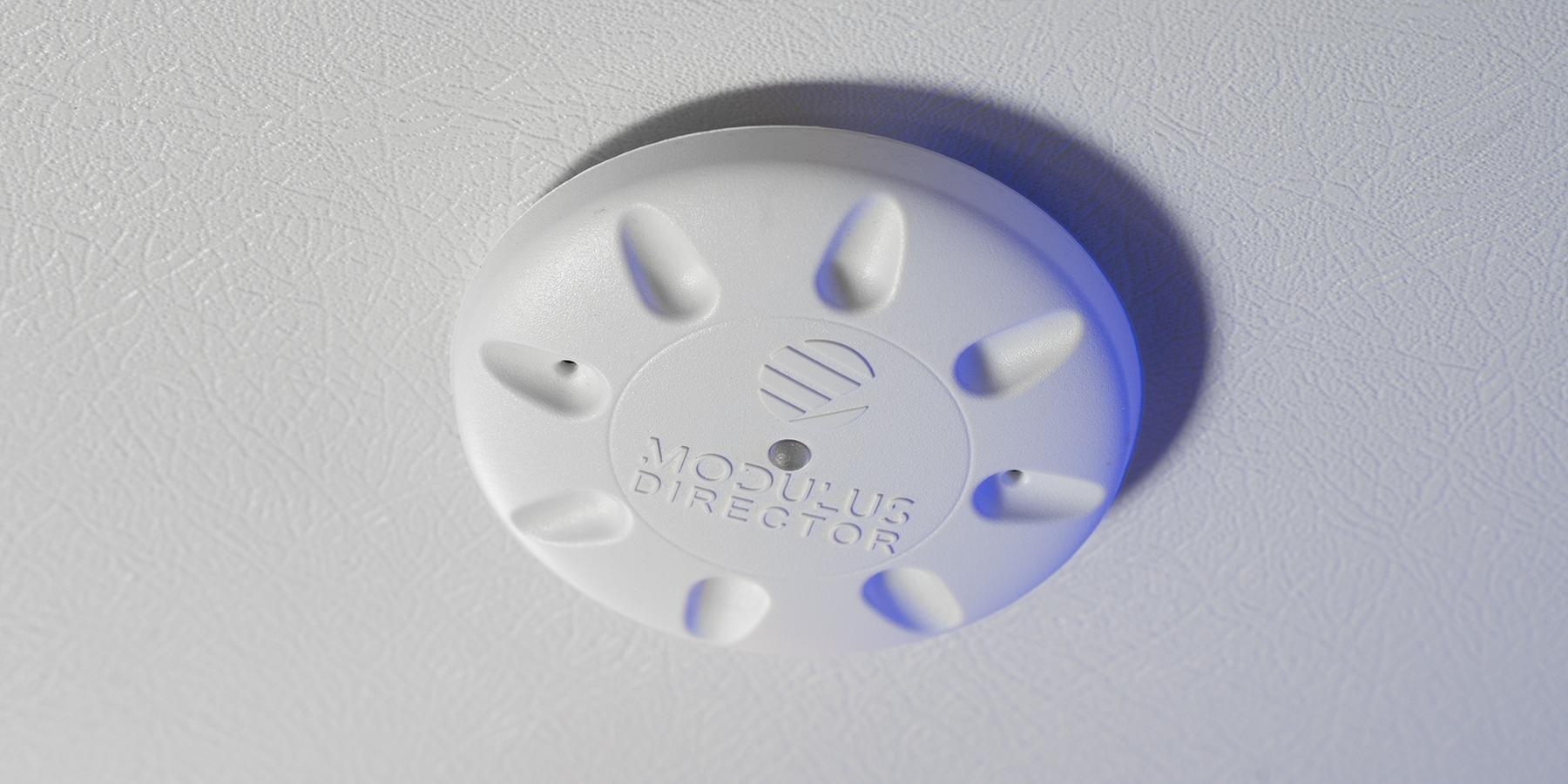 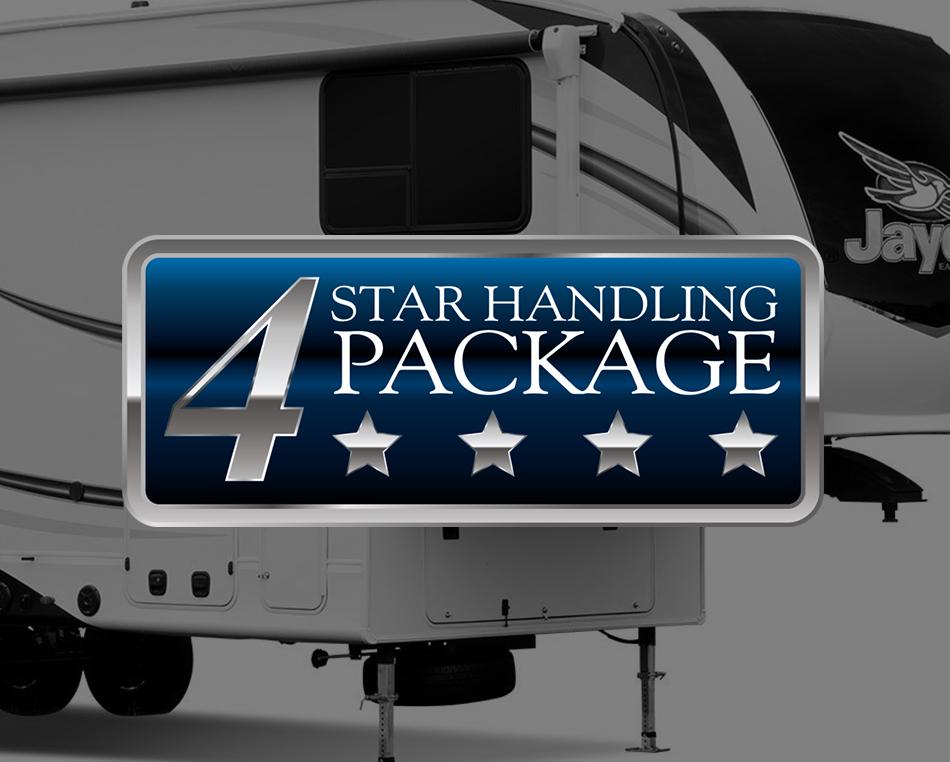 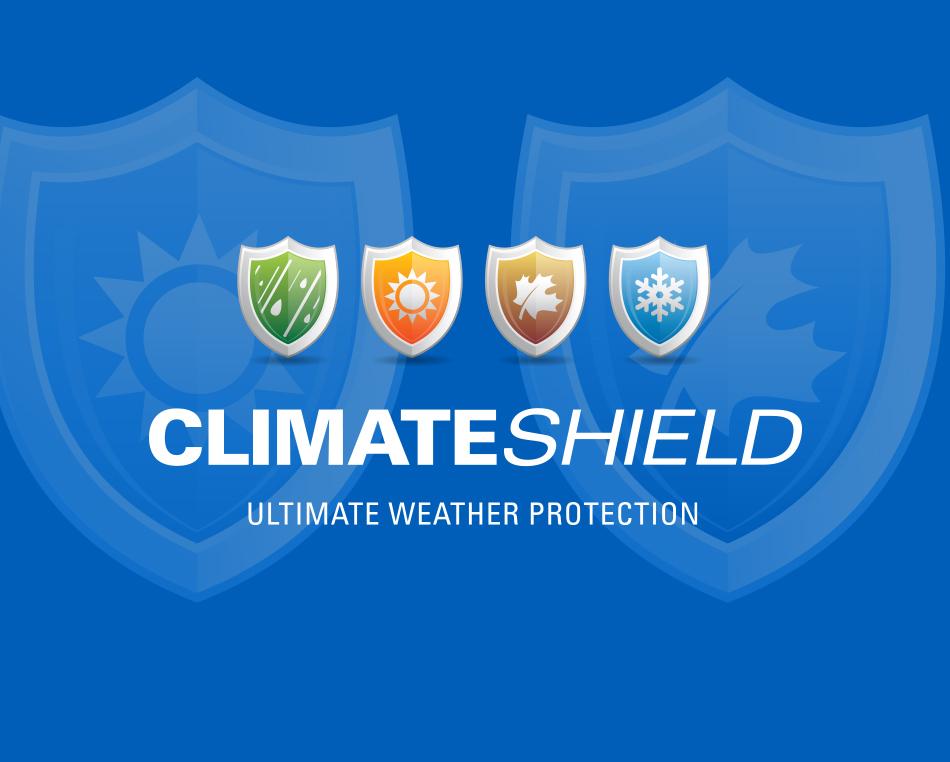 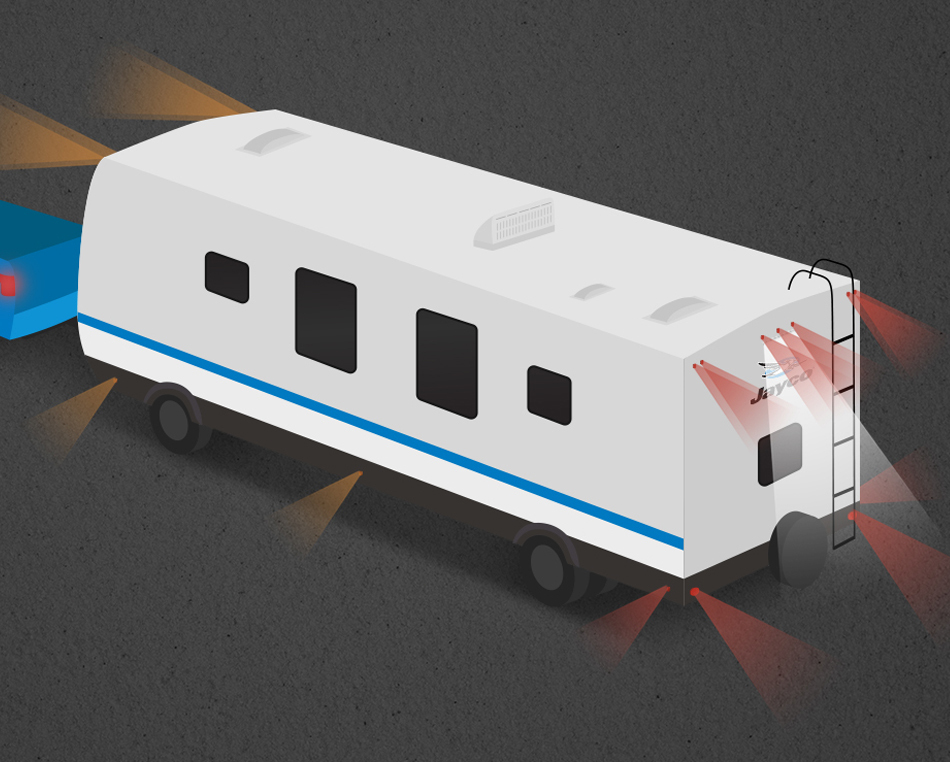 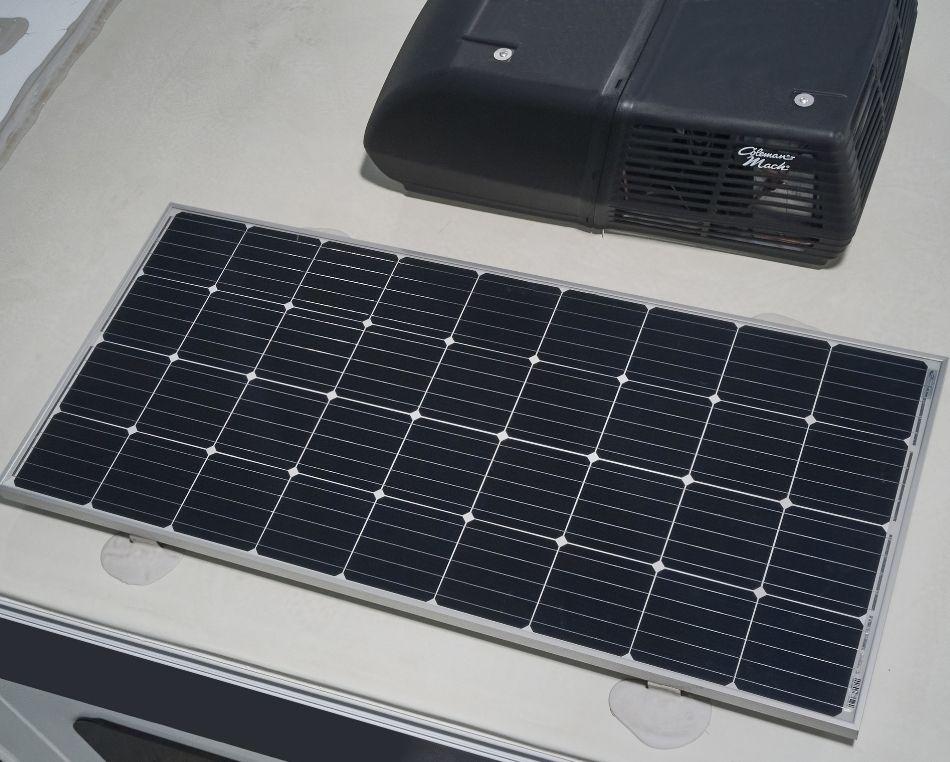 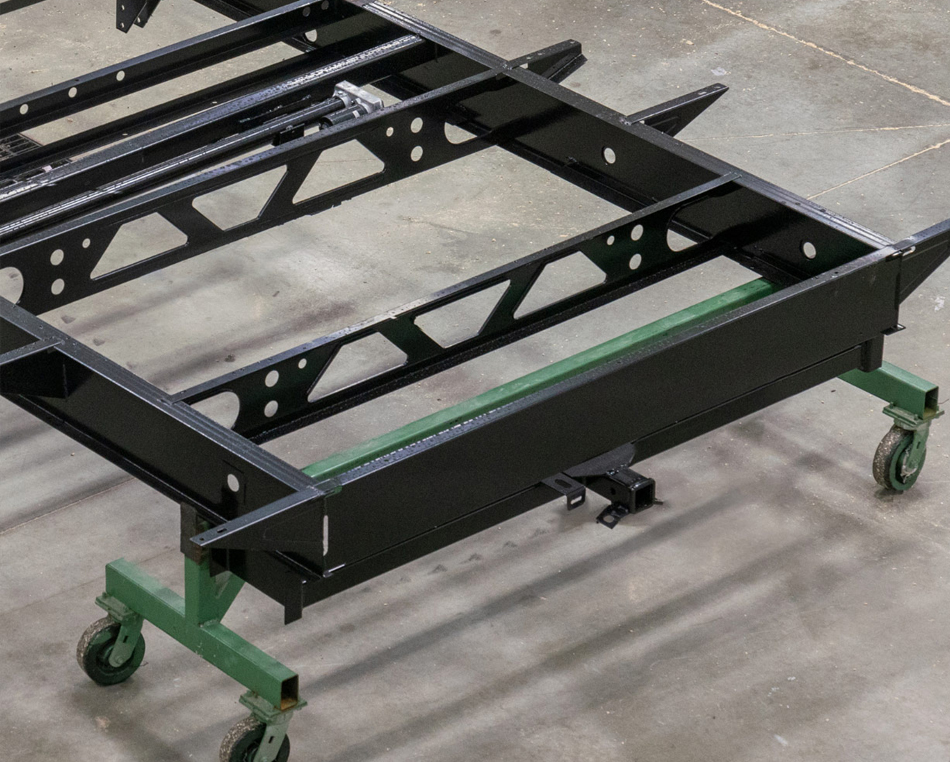 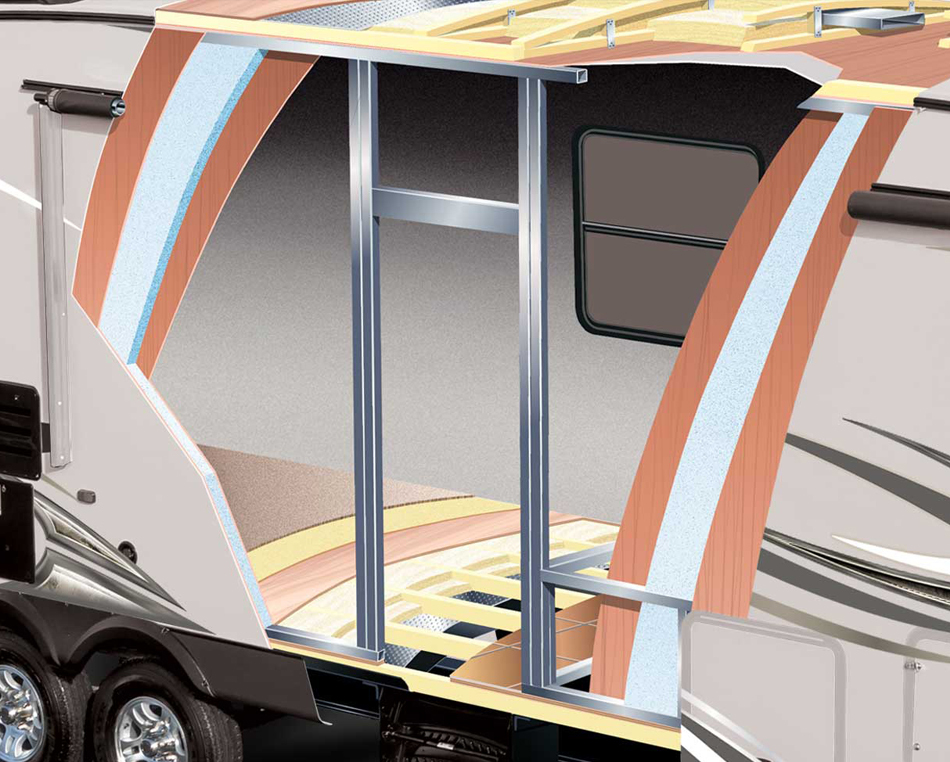 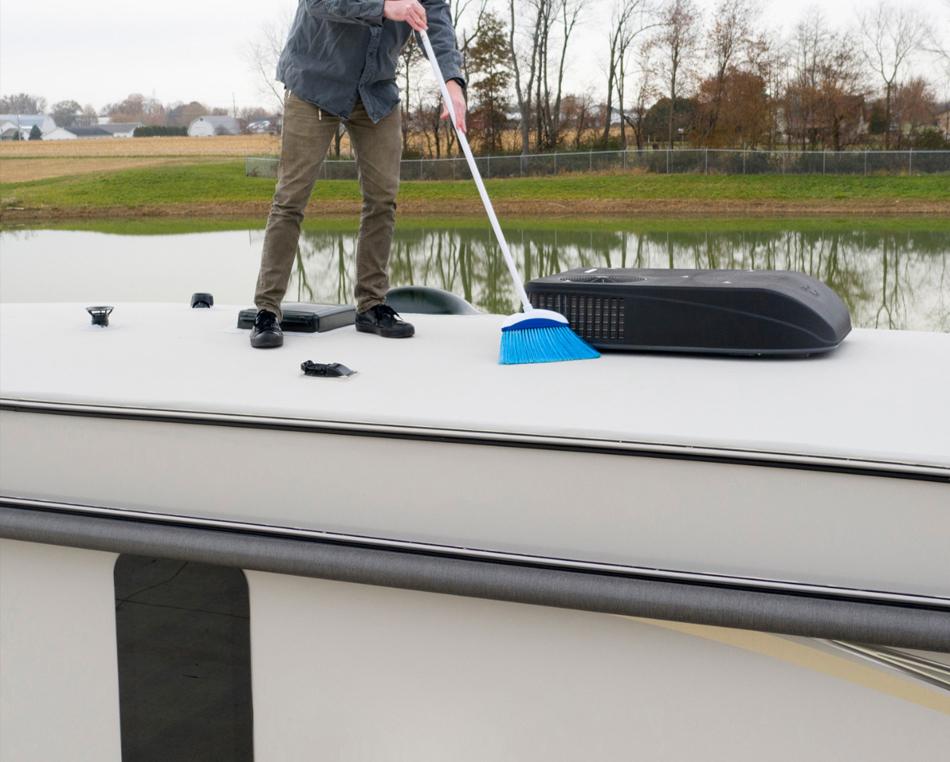 This system puts you in full control of your Jayco. Custom-built by our product development team and our partners, you can monitor and control key operations from just about anywhere on a phone or tablet.

JayVoice works in conjunction with the existing JAYCOMMAND® system to control functions like A/Cs, lights, furnaces, and more. The system is prompted by a wake word, “Jayco”. Once the word is spoken, the voice receiver on the ceiling will light up to indicate that it is listening for a command. Simply say “Jayco” and any of the predetermined commands like “Main A/C” and you can operate a variety of systems with just a few words. The voice receiver is mounted centrally within the RV to allow for utilization in not only the living area, but other rooms throughout the unit.

The JAYCOMMAND system puts RVers in full control of their unit. The system was custom-built by the Jayco product development teams along with various supplier partners, so that owners can monitor and control key RV operations from a phone or a tablet. Paired with the new JayVoice system, RVers can now voice command these functions to occur or still have the freedom of utilizing their phone or tablet while away from the coach.

The 4 Star Handling package is a Jayco exclusive blend of four high-end components selected and installed to provide the most confident travel trailer towing experience.

Extend your camping season with built-in protection against extreme heat and cold—even in temperatures as high as 100 degrees or as low as zero degrees (Fahrenheit).

Jayco is one of the first companies to offer solar prep, or solar panels, on every single RV. With sidewall AND roof-mounted prep kits, you have the option to easily install solar panels for extra power at camp.

While other manufacturers often weld or modify stock frames, every Jayco RV is built on a custom frame, designed and sized specifically to best support each unit on and off the road for years to come.

Every sidewall, rear wall and slide room wall is bonded together for a minimum of 16 minutes under 144 tons of pressure to create the lightest, yet strongest, construction available in the RV industry.

In testing, the creatively engineered system withstood 4,500 pounds—50 percent more than competitors’ roofs.  Walk confidently on top of your unit and feel safer in wind or snowstorms. 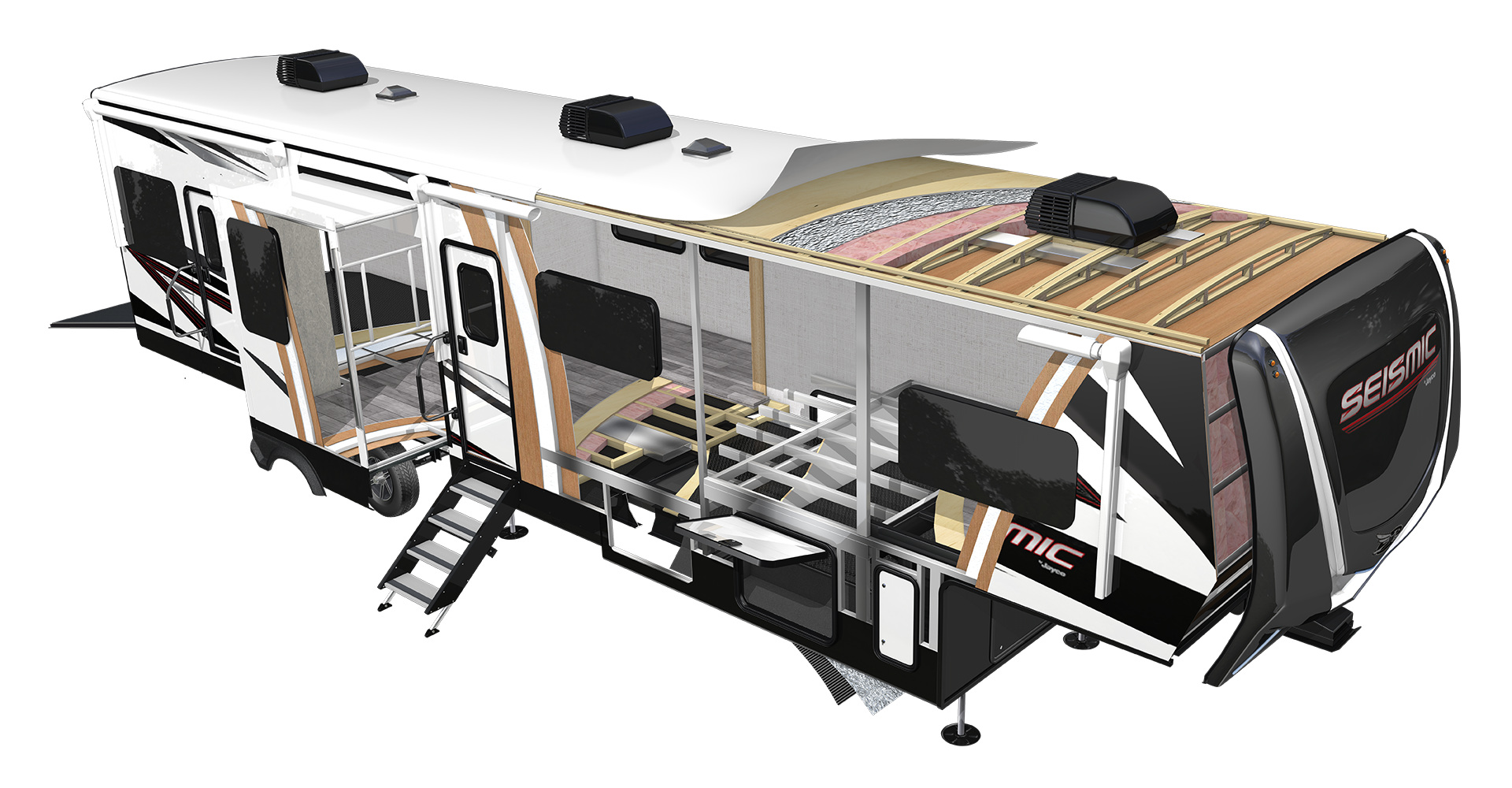 Most manufacturers use standard 3500 lb. springs but on all Luxury Fifth Wheels and Toy Haulers we upgrade to the heavy duty 4000 lb. springs for maximum strength.

Axles are a key factor to a comfortable and stable towing experience. That's why we partner with a long-standing American company, Dexter.

Jayco uses plywood vs. OSB or other materials because it is more eco-friendly (no formaldehyde), handles moisture better, is lighter in weight and has better screw retention.

Your RV needs a strong foundation built specifically for your floorplan. We build each trailer on a frame that has been specifically designed by our skilled team of engineers for its size and shape to better endure the wear and tear of the road. Our frames also include more outriggers and cross members for better support and structural integrity.

Jayco uses plywood vs. OSB or other materials because it is more eco-friendly (no formaldehyde), handles moisture better, is lighter in weight and has better screw retention.

The Magnum Truss™ Roof system is one of the strongest roofs in the industry. It's capable of withstanding 50 percent more weight- up to 4,500 lbs.- than the competition so that you can safely perform maintenance and avoid costly structure damage from debris, branches or snow. 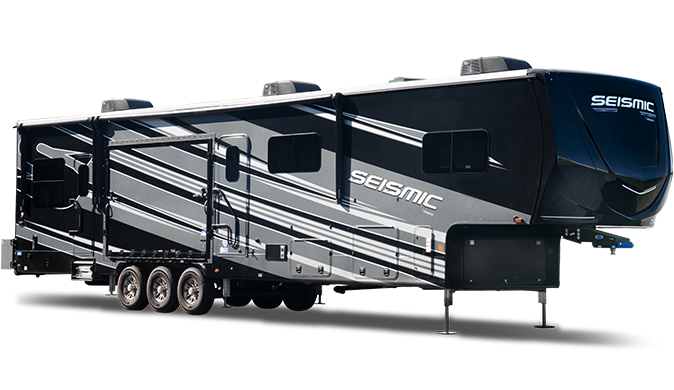